Recently through my love of reading I have come across some wonderful Humanitarians who support and promote Charity Awareness daily…which I have found very inspiring!

In my line of work as a Nurse I support and am involved in a lot of “Charity Fund Raising Events” –  I get to see both sides of the coin for a lot of Charity Organisations and Causes – such as National Heart Foundation of Australia, Starlight Children’s Foundations Australia, Make-A-Wish Foundation, Cancer Council Australia, NBCF Australia, World Vision, Guide Dogs Association, Life Line, Beyond Blue, Meals on Wheels, Red Cross, Salvation Army, Diabetes Australia, MS Society…and the list goes on!
*
I work in all areas of the Hospital mainly with the older generation covering Delirium and Dementia but I also work in Medical, Surgical, Orthopedic, Childrens, GEM, Extended Care, Palliative Care, Rehab and Mental Health Wards.

# Some Organisations that have really touched my heart & why?
A few years back I was working with a girl who had just moved up to Queensland from Sydney, and she hadn’t any friends or family to turn to for support…Long story cut short…her nearly 15 yr old son had to have a Heart Transplant and was admitted into the Hospital that I worked in, where he stayed for just over 8 months awaiting a Heart Transplant!!! My son was nearly the same age and my heart went out to him, the courage this young man showed was incredible and I was apart of his journey daily over this time and we all became very close! A year after he had received his New Heart they invited me to attended a ceremony for Donor and Receiver Families….all I can say is it will be etched in my memory forever, it was a very emotional experience!
*
In Daniel’s 8 month time in Hospital I got to see and experience how these Organisations work – Organ & Tissue Donation, Heart Foundation, Make-A-Wish & Starlight Children’s Foundation, and how they make a real difference and I can’t praise them enough, they are I just incredible! 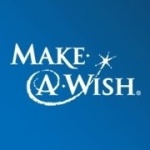 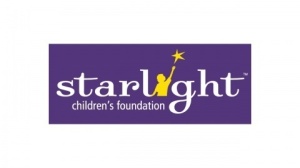 When my son was in High School they became apart of this Community Organisation called Rosie’s Street Van, where a group of lads would go with a teacher and some parents along with the Van on certain nights into the City CBD and it was a real eye opener for us!
*
There was one particular story of a young girl the same age as my son at the time and she was sleeping on a mattress at the Beachside near his school because she had been kicked out of her home…and she got to school everyday she told them as she wanted to succeed in her life! Wonderfully they were able to help this girl find a safer home and helped her to finish her High School!!!

I love Animals ….they give unconditional love and I think we Humans have a lot to learn from them! 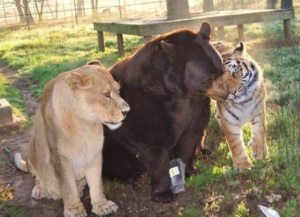 A Lion, A Tiger & A Bear….Oh My!
As cubs a lion, a tiger and a bear had been owned by a drug dealer who did not properly care for them! The bear’s harness grew into his skin because the owner did not alter it as the animal grew. They had been abused and neglected early in life, but were finally rescued. The bear’s harness had to be surgically removed.
*
After they had been taken in by an animal sanctuary in Georgia, USA, the staff tried to separate them due to obvious concerns that the three large predators would fight. During that trial of separation, the animals were uncooperative and behaved poorly. Once reunited, the three calmed down and were well behaved.
*
Twelve years later, the three friends spend their days playing, cuddling and eating together. There are no plans to separate these lifelong friends!

Boston Marathon Tragedy ~  Please help support via American Red Cross and The One Fund Boston!
In the aftermath of the senseless Boston Marathon Bombing, I received this a Letter below which I would like to share with you all…
This awful tragedy has affected many across the world….and we as a community worldwide can hopefully come together and help through donating to the Red Cross or The One Fund Donation ~ their Links are in the letter below, if you are in a position to do that it would be awesome and/or you can SIGN the Boston Marathon National Condolence Card http://t.co/OcCezvf3TO via @causeshelp

Hello Everyone,
In response to the tragedy in Boston, Argyle Empire is hosting a fundraiser to aid charities that will be helping in the recovery effort.
Given that part of the Gabriel series is set in Boston, we felt it was an appropriate and essential thing to do.If you donate a minimum of $5.00 to either the American Red Cross, your local chapter of the Red Cross or to The One Fund Boston, simply email a copy of your receipt to me at Then enter the giveaway posted at the top of our homepage at www.argyleempire.com.
SR has graciously agreed to sign UK edition copies of both “Gabriel’s Inferno” and “Gabriel’s Rapture” for the winner.
The fundraiser will run between now and April 30. The winner will be selected on May 1 and notified by May 3.
We began the fundraiser yesterday and I’m happy to announce that our first day generated over $300.00. Our sincere thanks go to our fellow moderators at all the SRFans accounts worldwide, THESUBCLUBbooks, Bookish Temptations, Kat Bastion and Darwin Blake for their assistance in promoting this endeavor. We’re off to a great start and we’d love to see this effort grow by leaps and bounds over the next two weeks. If you could help us promote this, that would be great.
If you would like to donate and enter the giveaway, please feel free to do so.
After all, this is really about helping a worthwhile charity and finding a way to deliver some kindness to a community that is hurting.
If you have any questions, please feel free to ask by email or in the comments section below. Many thanks in advance.
Take Care, Jenn, Iris, Sere & Coco

Thank you for reading. Please share this with everybody. My heart goes out to all that have been directly affected by this awful tragedy….they are in my thoughts and prayers! And the words from John Lennon’s Lyric’s come to mind “Hopefully one day we can all live together as one” in PEACE….it’s just so very sad that this has happened…. Debs xx

As the days flow into weeks
So does our Friendship grow…
*
A connection made through small beginnings occurred
Rising to passions of GGAddictions…
*
Unique and precious gifts you each are
With laughter and shenanigans assured daily…
*
Adding colour and life from across the waves
Through simple cares and attention…
*
Forever thankful am I to SR & his Books
Which has brought our paths to cross…
*
And I hope that our time will continue to grow
Into a future of never-ending S’mores!
~~~~~~
© debradml (2013) 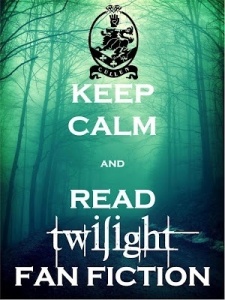 When I originally heard about the “Twilight Series” I thought it was a movie for teenagers….a few years passed when a friend invited me over for a Movie Night and I watched the first DVD in the Series and became instantly intrigued!

I then went out and purchased the Book and read it straight through….I then had to know what was going to happen next so immediately purchased the remaining books and read the whole Series within a week!!!

The Fourth Movie “Breaking Dawn – Part 1” was due out at the end of that year so after reading all the Books in the Series I also purchased and watched the other DVD’s to the Series!

From there I heard about the Books “Fifty shades of Grey” and how E. L. James had written on this thing called Twilight Fan Fiction – at the time I thought this was an interesting concept, but never looked into it.

I then found and fell in Love with Sylvain Reynard’s Books – “Gabriel’s Inferno & Rapture”,  and Googled him as I wanted to read more of his works……this lead me to Twitter & Goodreads, where the world opened up to a whole new world of very talented people and thus finding out more about Twilight Fan Fiction and many other Authors who started out from there!!!

Some of my Favourities to date are:-

# Check out www.TwiFanFictionRecs.com for others…

Some others that aren’t yet published but have captured me are:- 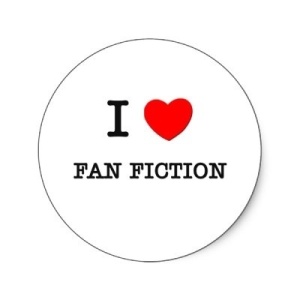 What are your Sticky Little Leaves in Life…? 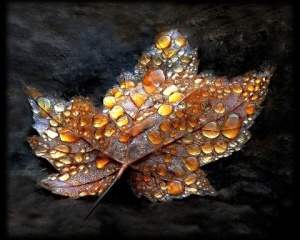 For me personally “My Sticky Little Leaves” in life first and foremost would be my son, my mom, family and friends….

I have also related to the words, “I go on living in spite of logic at times“, in my life when darkness appeared and today I am glad to be still here!

Also the words – “Though I may not believe in the order of the universe, yet I do find things that I love” ….well for me it would have to be Books, Poetry, Music, Art, Nature/ Animals and in my job, where I get to Nurse some wonderful people!

And “Some great deeds done by some ordinary human-beings, especially when we cease to have faith in others“, this especially comes to mind after some of the recent senseless disasters in the US with Gun problems, Terrorist Attacks and Bombings where the tragic result was the killing of innocent lives…….and then you can read how people worldwide band together to support and assist those directly affected to overcome these awful events and “One’s heart prizes them and restores your faith”.
*
And last but not least to our amazing Heroes (The Police and Military Forces), who put their lives at risk daily to make our world a safer place to live in! Words are not enough to express what I think of them but they have my total Respect & Support!!! Can’t imagine what it must be like to walk in their shoes…. 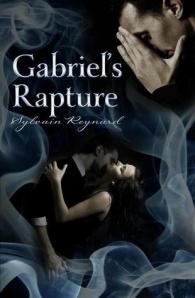 These books are a brilliant must reads!

Gabriel’s Inferno & Rapture is an enriching tale about forbidden love between a Professor & his student, also unveiling a glimpse into the American College System, and the trials and tribulations this couple go through to try and be together!

It also introduces you into the world of Beautiful Italy, the story of Dante & Beatrice, Redemption, as well as some Unique & Beautiful Literature, Art and Music!

For me personally it has turned into a gift that just keeps on giving….my world just keeps growing & opening up from this experience!!!

# News on the third book in this series “Gabriel’s Redemption” – Which is due for release on the 3rd of December 2013!

What a wonderful early Christmas gift to his fans – Can’t wait!!!

# News on International Translations – These books have also been translated into other Languages which I think is wonderful….

This Mysterious Canadian Author ~ Sylvain Reynard has created a wonderful series that has enriched my mind and soul!

Besides his works he is a great Humanitarian, who promotes and supports Charities World-wide and inspires others to do so!

He also has a great team behind him called Argyle Empire who keep fans updated as well ….you can follow their Website http://www.ArgyleEmpire.com

# There is also a World-wide Team on Twitter called SRFans based nearly in every country….which is a tribute to him and his works!

I’ve become a part of a group on Twitter called @TheGGAddicts ~ we are hopelessly addicted to The Professor (Gabriel Emerson) & David Gandy (Who is a British Male Model), which many think portrays the ideal demeanor of the beloved character Professor Gabriel Emerson from the GI & GR Books ….in the way he carries himself, his Looks, Body, Hotness and Presence!!! 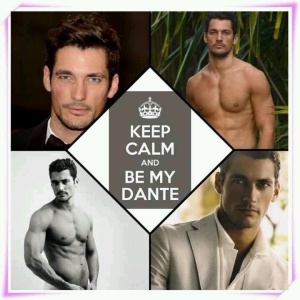 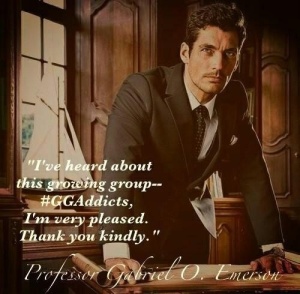 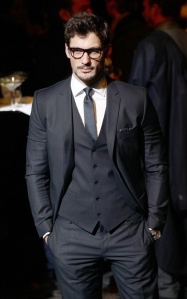